When Speedy West started playing with pedals, there was no standard tuning so he invented his own. He had the second Bigsby pedal steel (Joaquin Murphy had the first). That’s what you hear on many of his classic recordings with Jimmy Bryant. He played Fender guitars for a while, but eventually settled on his own “Speedy West Custom” brand built by Leonard Stadler of Marlen Custom Guitars. Here is his D-10 copedent as documented on the 1977 Steel Guitar Record Club LP, “Speedy”. 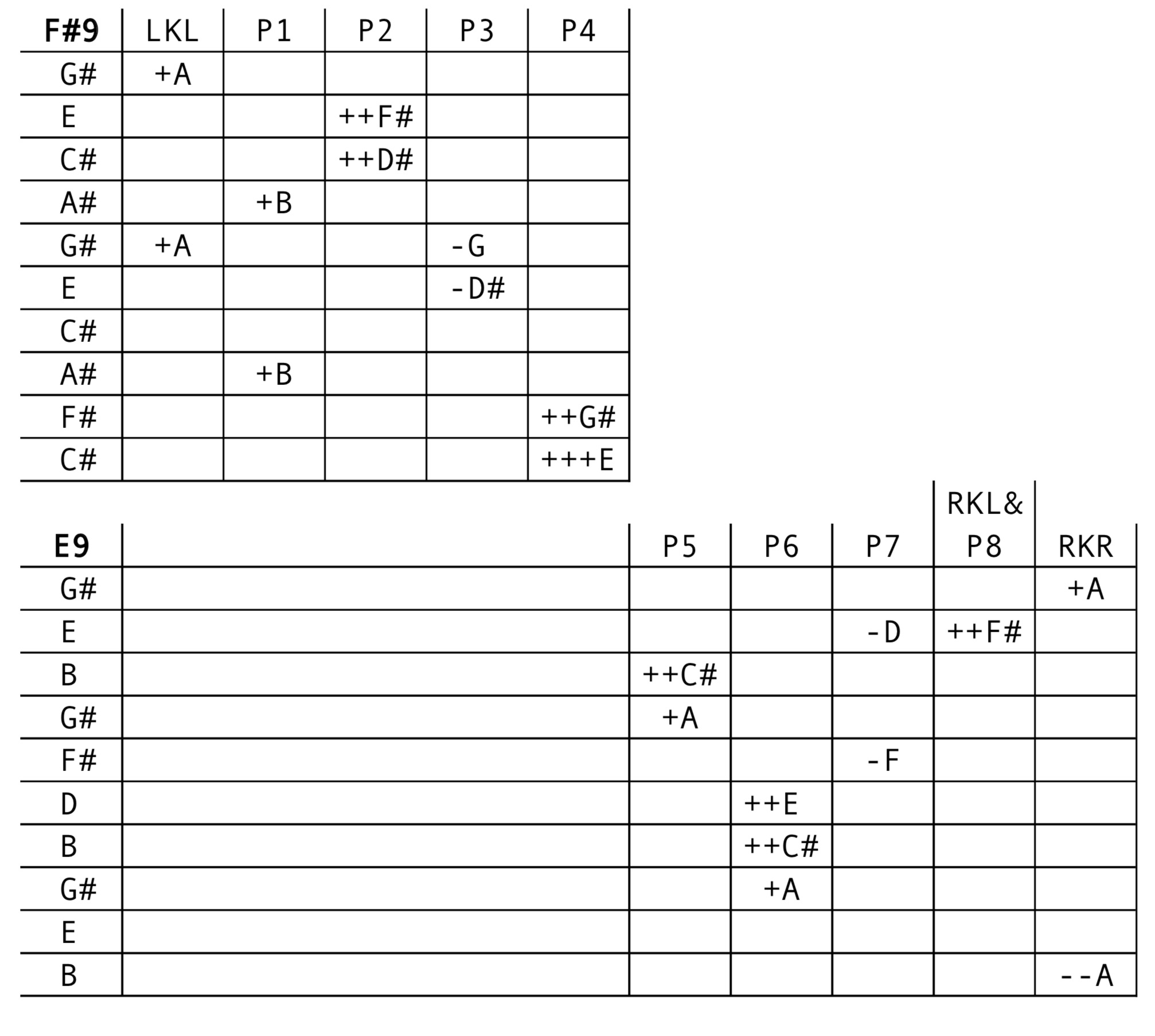 Editor’s note: I had the pleasure of owning one of the Stadler “Speedy West” guitars, the second one built for Speedy, for a while in the 1990’s. By then it had been reconfigured to more standard tunings. The trick RKL/P8 linkage was quite handy on the standard C6th’s 8th pedal. Here’s a picture of that guitar: 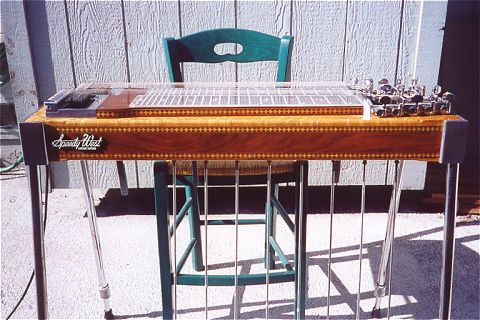